“Creating an insurance captive domiciled in France is possible! » 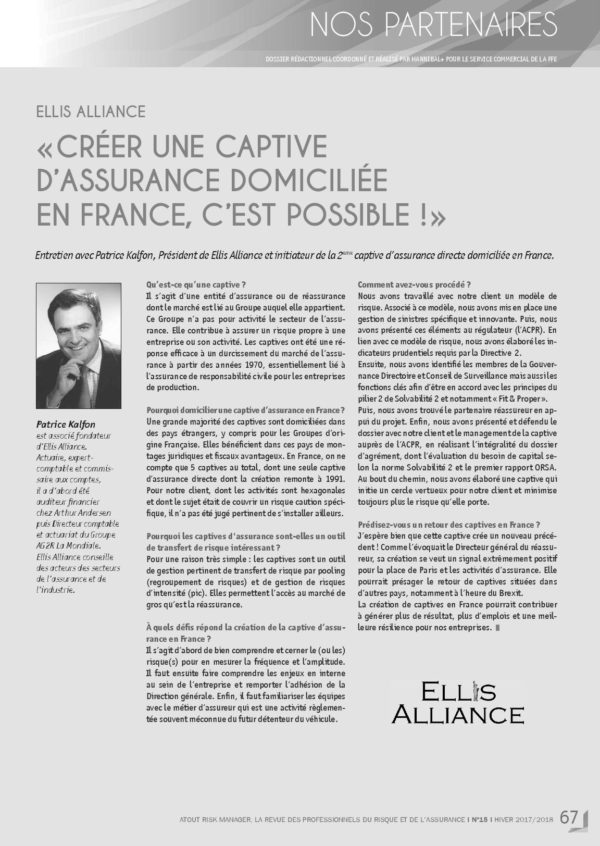 “In France, there are only 5 captives in total, including only one direct insurance captive created in 1991. For our client whose activities are hexagonal, it was not considered relevant to settle elsewhere. »

“I hope this captive sets a new precedent! Its creation is intended to send an extremely positive signal to the Paris financial centre and insurance activities. It could foreshadow the return of captives domiciled in other countries, particularly at the time of Brexit. »

“The creation of captives in France could help generate more results, more jobs and greater resilience for our companies. »

About the Author: Ellisalliance Team

This site uses Akismet to reduce spam. Learn how your comment data is processed.